Spring is in the air, and it is also the time for the Annual Fest of GD Goenka University. The fifth Annual Fest of the University was held during March 6 – 8, 2019. Spirit, skill, strength, speed, creativity, innovation and happiness blossomed all around. Dean, Student Welfare & International Relations, Prof. (Dr.) Tanuja Kaushik welcomed everyone to the annual fest that comprised of the cultural part - Acceleron, track and field events of Sportopia, and IDEA dedicated to develop entrepreneurial acumen. The techno cultural extravaganza started with a Ganesh vandana and a tribute to the Indian martyrs. Chief Guest, DSP & Former Indian Women Hockey team’s Captain Ms. Mamta Kharab graced the inaugural ceremony. She appreciated the energetic environment and the positive vibes of the students and was happy to see the number of girls increasing in the sports arena. Pro Vice Chancellor of GD Goenka University, Prof. (Dr.) S. Shantha Kumar conveyed his good wishes for all the participants of the different events scheduled over the three days.

The Acceleron lens gave a wide-angle view from dance to music, art to fashion, and debate to drama. The list included many creative events like face painting, poster making, live sketching, rangoli with coloured sand, rice, flowers and photomontage exhibiting emotions and expressions; the coding wizards could have fun at LAN gaming and web designing zones. Teams from GD Goenka University and Apeejay Stya University emerged as winners. Women empowerment, terrorism and health issue like depression were some of the themes of the ‘Nukkad Natak’. Team from Rajdhani College, DU won the first prize. Events like Ad Mad was a platform to showcase spontaneity as well as creativity for promotion and advertising; treasure hunt was a very engaging team event where they went through the clues at different stages and the team that reached to the final clue was the most qualified team to find the treasure!

‘Artificial intelligence and Advancing Technology are Threats to Existing Humanity’ was the motion of the House wherein debaters presented their opinions. Jamia Milia Islamia and Motilal Nehru College, DU were the top scorers in debate competition. Another fun event was bridge making in which team from GD Goenka University who made stable bridges with ice cream sticks bagged the first and second prizes. Paper Partner was an amazing event in which the paper was folded at the end of each round and the pair best in this balancing skill emerged as winners!
Teams from different institutes danced to the tune of popular North Indian and South Indian numbers and showcased their energetic vibes on stage though hip-hop, salsa and Bollywood style during the group dance event; Maharaja Agrasen Institute of Technology was the champion. There was a wide variety of Indo-Western styles showcased during the solo dance performances as well. There were various instrumental performances along with solo and duet singing by participants of different institutes. Various harmonically rich and percussion soaked performances were staged during the Battle of Bands by the different rock bands. Team from ASMS, Noida was the winner. During Campus Diva, the gorgeous girls went through three rounds in which they introduced themselves and walked the ramp; the finalists answered individual questions from the jury. The excitement of Fashion Show electrified the air. The manner in which various themes including the mental health condition of depression were showcased through ramp walks was a visual treat! Maitreyi College, DU walked the ramp in style and bagged the first prize.

The campus was buzzing with participation of more than 3000 students and teams from more than 100 universities and institutes not only in the techno cultural events but also for the various sporting events! Adrenalin rushed up and scores soared up making each event a truly competitive one! The cricket pitch and soccer fields were witness to many matches in which strategies and tactics were applied to outnumber the opponents. Dr Akhilesh Das Gupta Institute of Engineering won the champion’s trophy in cricket. Basketball and volleyball matches between teams were going on throughout the fest. Basketball women’s trophy went to Gargi College and men’s trophy was won by the host university amidst lot of thrill and excitement. B. K. Birla Engineering College emerged the winner in volleyball. Participants exhibited their strength in the event of power lifting. Swimming, Table Tennis, Lawn Tennis, Badminton as well as Kho Kho, Kabaddi and other athletic events were held during Sportopia 2019. In the athletics section there was a big list of events! Students fascinated by speed took part in various sprinting events like 100 m, 200 m, 400 m and 800 m races for both girls and boys. Their brisk and agile flavor added to the excitement. The endurance of the participants in field events like long jump, high jump and triple jump were highly applauded. Shotput was another interesting event in which students came forward to participate with great excitement. Enthusiasm, alertness and flexibility were the keywords in the varied sporting events. B. K. Birla Engineering College, Hindu College, Lingaya’s Vidyapeeth, KIET Gaziabad, Kurukshetra University, Delhi College of Arts and Commerce, Shaheed Bhagat Singh College, KIIT Maruti Kunj, Gurugram University, Apeejay Stya University, MDU, Gargi College, Jamia Milia Islamia, Maharaja Surajmal Engineering College, Gurgaon College of Engineering, CMDU College Gurgaon, Shyama Prasad Mukherjee College, Dronacharya Government College, K.R Manglam University, Zakir Hussain Delhi College, B.S.S.S. College, and also GD Goenka University were in the list of winners of Sportopia 2019.

‘IDEA 2019 - Inspiring and Developing Entrepreneurial Acumen’ organized by E-Cell, GD Goenka Technology Business Incubator, in association with MSME, Govt. of India was a part of the 5th Annual Fest of GD Goenka University. IDEA is an elevator pitch competition, which verbally outlines an entrepreneurial concept or idea in a short time period. It is typically three minutes in duration, which is symbolic of the amount of time one would have in an elevator ride to capture the attention of a potential investor to the concept. A successful elevator pitch requires significant prior thought and research, and culminates in the ability to concisely highlight the most compelling aspects of a proposed venture. It attracted a number of teams across Universities in Delhi-NCR. Ideas were mainly product, service, social and technology based. Top two teams with a product based idea and top two teams with service based idea that incorporated social, and technical aspects were declared the winners.

The winners of every individual event of the annual fest were awarded with medals, trophies, cash prizes and certificates. Every participant was acknowledged with a Certificate of Participation.

Beside the day long activities, there were other attractions, too! The Pro nights kept the tempo up even at the end of the day where the participants and volunteers enjoyed with full vigour. Day one of Annual Fest ended with a laughter show presented by stand-up comedian Sonali Thakker, truly remembering a day without laughter is a day wasted! The second evening presented a lively performance by Shivjot wherein the audience enjoyed the rhythmic foot tapping numbers. The three-day long extravaganza ended with the DJ stage hosted by Tatva K. The crowd was grooved to the music and thoroughly enjoyed the final evening of 2019 annual fest of GD Goenka University. The entire event was managed and coordinated by about 150 Faculty Members led by Prof. (Dr.) Tanuja Kaushik, Dean - Student Welfare & International Relations and approximately 300 Student Volunteers. 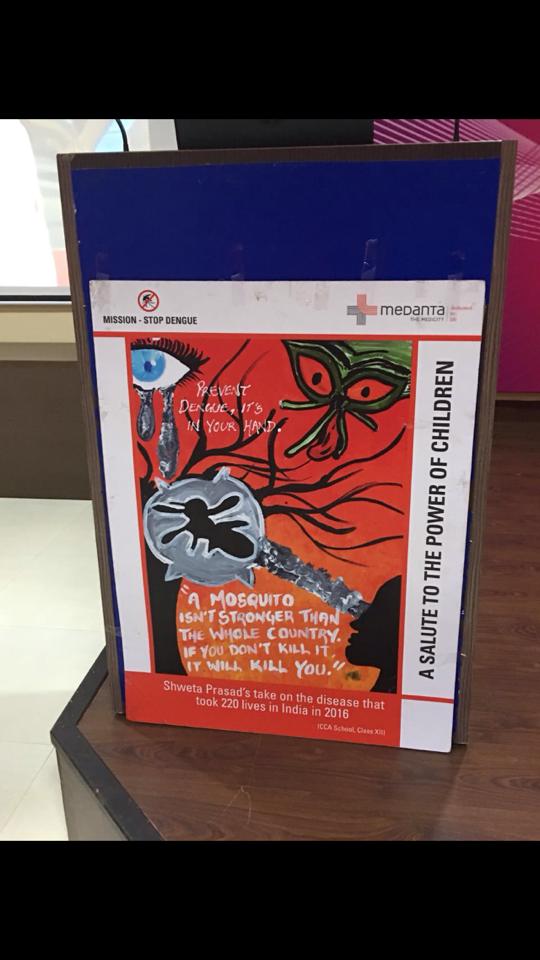 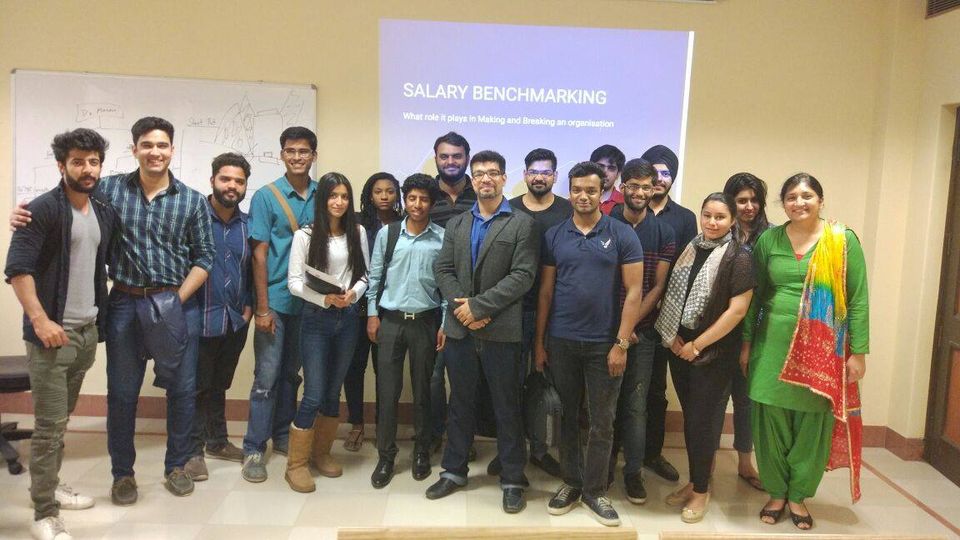 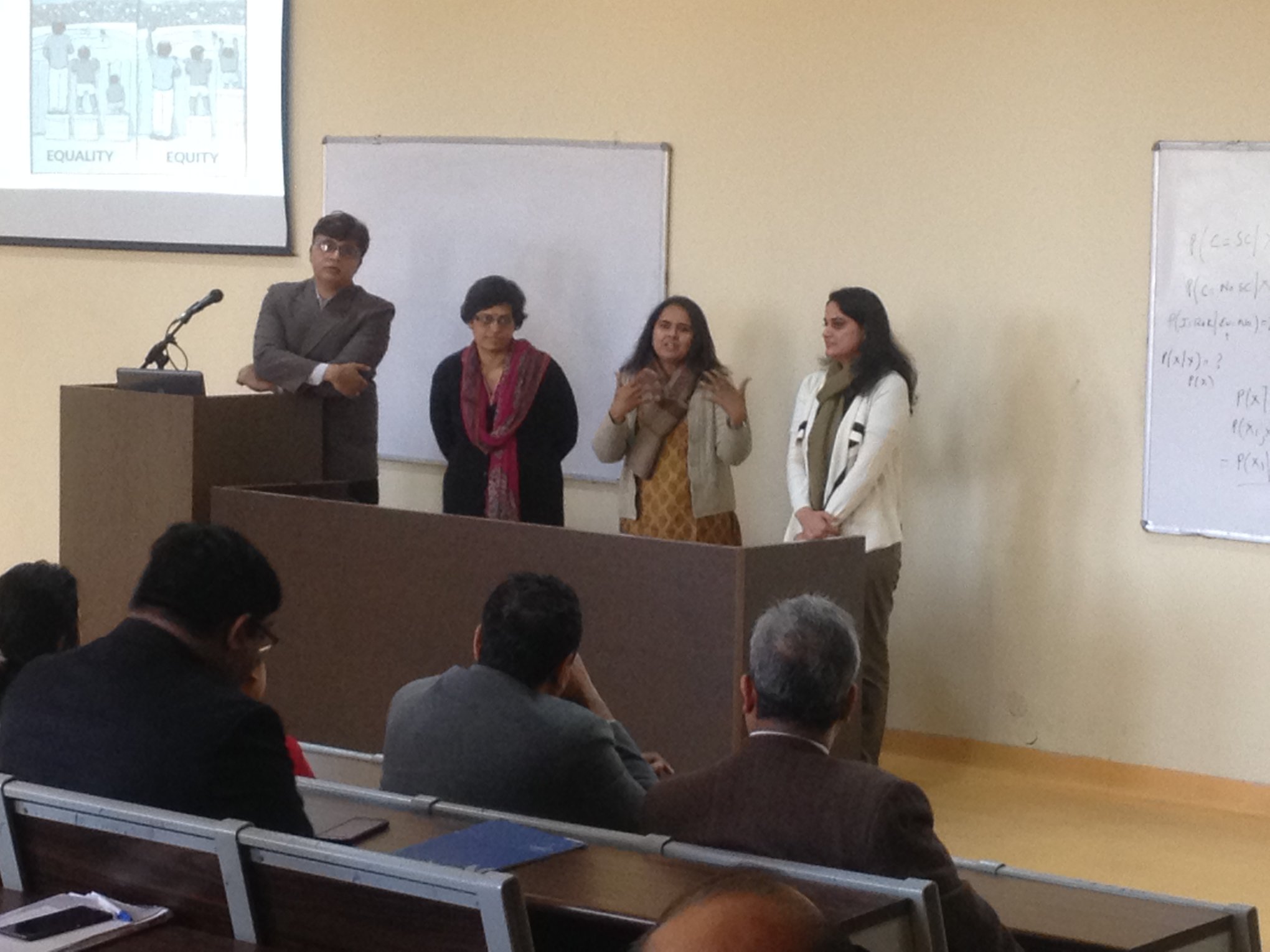